Local school groups visit Savannah, see the waving lady and fort, but have any of them visited the home of our county's namesake.  On the banks of the Savannah River is Ebenezer, the oldest church in Georgia and where John Adam Treutlen had his upbringing to become a smart, able, governor of Georgia. How many students or adults know that our county was created and got it's name because the representative from Effingham County (Gov. Treutlen's home)  insisted on the name in exchange for his vote.

The Effingham Herald has reported at least two big stories relating to former citizens of Treutlen County who have brought honor and have been honored in Effingham County.

First, Rick Tomberlin, the famous high school football coach who's first head coaching experience was with the Treutlen Vikings. Tomberlin could have coached anywhere, but he chose Effingham County. 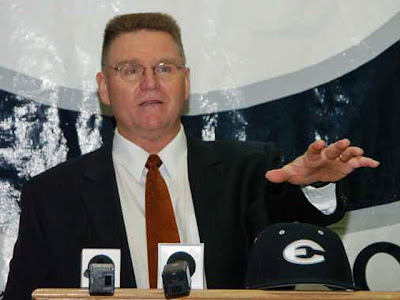 Rick Tomberlin
Open the link:
http://www.effinghamherald.net/news/archive/9247/
Second, the late Ross Rountree, Principal of the Soperton school in the late 40s.  His family accepted the award honoring Rountree as the consolidated Effingham school's first principal. Many of our senior citizens remember Rountree. 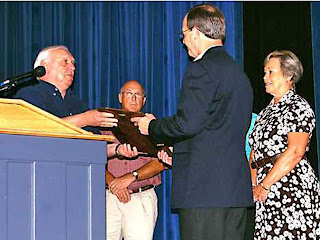 Approved by Marlee
http://treutlenenews.blogspot.com
Thanks for subscribing to the  TREUTLEN E-NEWS
Once a day delivery to your email box.
Posted by TREUTLEN E-NEWS at 5:21 PM 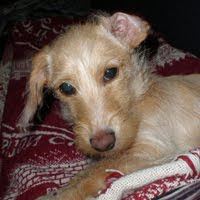